As is probably obvious, my artwork is based less on personal experience or observation, and more on my collection of old media – vintage postcards, magazine articles and the like. While I did get to visit a few of these things as a kiddie, I’ve seen relatively few of these things in the flesh.

This year, thanks to road trips brought about by having solo shows in Melbourne and Katoomba, I did get to see a couple of classic tourist attractions up close and personal. 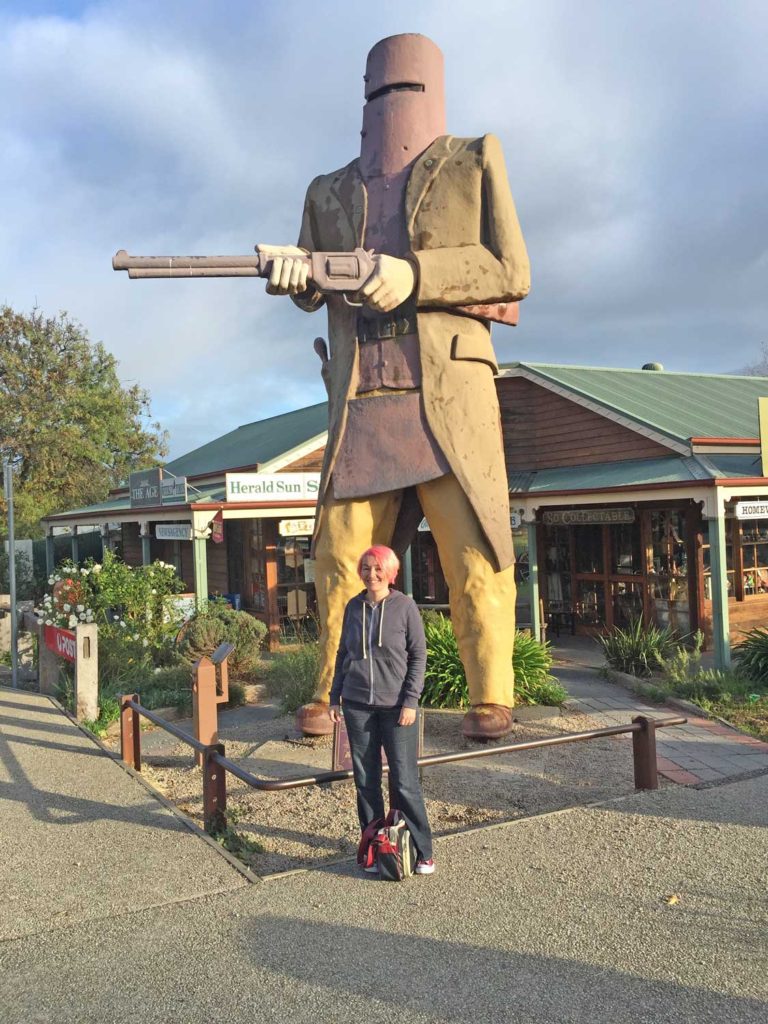 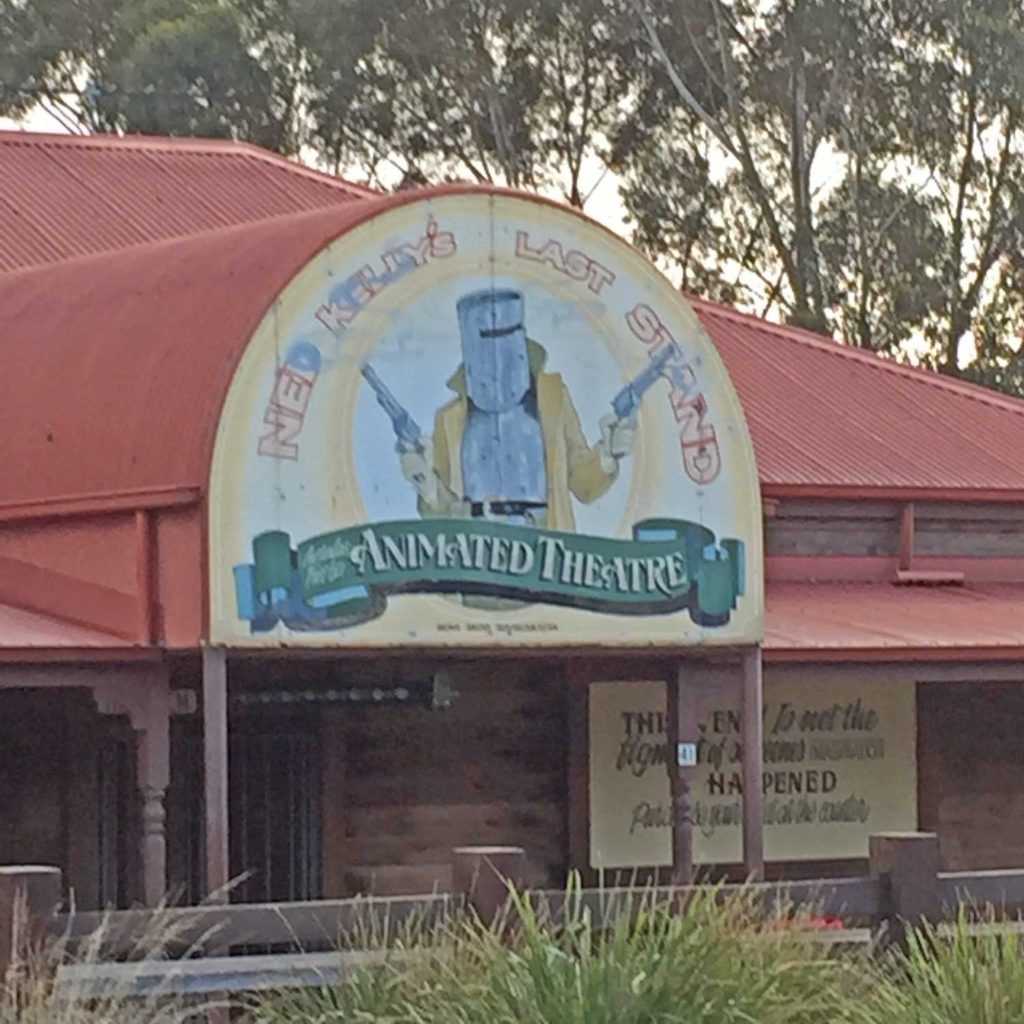 Unfortunately because of the early hour we didn’t have a chance to see the animatronics show – but it probably hasn’t changed much from when The Late Show visited in the early 90s:

This week, we added another feather to our cap with the Famous Australian Painted Panorama in Glenbrook. 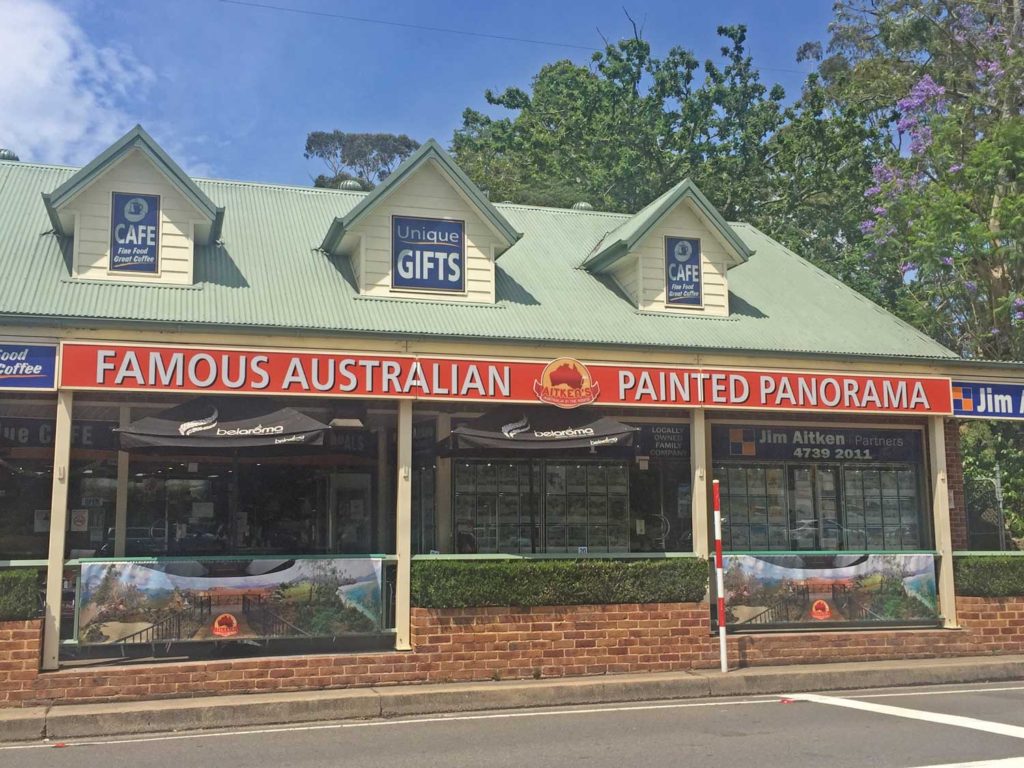 Unfortunately it is verboten to take photos inside the panorama, which is a pity because it’s actually better than I thought it would be. Like its 19th century predecessors, sections of the panorama do nearly trick your brain into thinking there’s some depth in the image. At the foot of the painting is an array of imaginatively taxidermied fauna that has its own charms.

Did you know that in the 19th century there was actually such a thing as panorama sickness? It’s true! In his book Virtual Art, Oliver Grau quotes a contemporary critic:

I sway between reality and unreality, between nature and non-nature, between truth and appearance. My thoughts and my spirits are set in motion, forced to swing from side to side, like going round in circles or being rocked in a boat. I can only explain the dizziness and sickness that befall the unprepared observer of the panorama.

I kind of get what he was saying. When I was in the panorama I was on the verge of being sucked into the illusion, but then my eye wandered down to a slightly worn goanna engaged in an intimate embrace with an anthill. My spirits were indeed set in motion.

Anyway, here’s hoping that these genres of regional tourist attractions never die out. I love them.